A & E visit to a NHS hospital 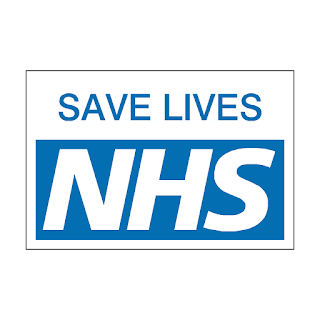 I had my second Astra Zeneca jab recently.  About week and half ago, my head started constantly aching. I took paracetamol (Panadol) 3 times a day to ease the pain. To make matters worse, my blood pressure started going up as well. By Thursday and Friday, it had gotten much worse and I called the GP. They advised me to call the NHS using their 111 service, who in turn told me to see the GP. On Tuesday, I called GP again and the doctor advised me to go to the nearest A&E in order to get a blood test done now that I had taken the vaccine. This was to check D-Dimer levels in the blood to rule out possibility of serious blood clots forming.
I didn't want to stay in A&E for seven, eight hours with Covid-19 around so I asked the GP to write a letter to give to my Private Healthcare Provider so I could go private. She agreed but insisted that, because private hospitals may take a day to arrange an appointment, using the NHS A&E was better. I decided to adhere to her advice and my wife dropped me at the North Middlesex hospital's A&E at around 1:00pm.
There were only 3 people in the queue to the receptionist, and within 5 minutes I was directed to a waiting hall. There were about 30-40 people in there and 5 or 6 rooms with specialist nurses who were trained, like doctors, to do the initial check ups. It took only 15-20 minutes for them to call my name. The nurse checked my blood pressure and sugar level, asked some questions and decided I should see a doctor. 4-5 minutes later I was called to a phlebotomist to have a blood sample taken for the tests.
I was later moved to the bigger waiting room on the other side and told to wait for the doctor's call. About 30 minutes later, a Doctor Riva came and asked me to come to the patient room. She checked few details with me, did some testing and assured me that I did not have a problem, despite the high blood pressure and headaches. It might have been migraine but she was going to consult with a specialist and then come back to me. In any case, I had to wait for the blood test results as well.
After about 10 minutes, she returned and told me that the consultant agreed with her. She apologised for the delay in getting the blood test results. "We're a bit busy," she said. There were about 50 people in the waiting room.
I was told that if I wanted to go home, she could call me with the results and that if they were bad I could come back to the hospital. At around 4:00pm I was on my way home and received the call from Dr Riva, who told me the D-Dimer test results were good and that I was in range.
Amazingly, the whole process took only 3 hours. A courteous, efficient care and service by the NHS.
Well done.
Posted by Ajith Dharma. at 01:18